Carey Price deserves the Hart Trophy, if only for his play on the road this season, because the Canadiens are 17-9-1… with the 27th best road offense. Having a 5v5 Red Zone (25 Ft) USAT of 49.5% vs. their opposition and just 47.8% on the road means they are still being out chanced too often in-tight, where the league shoots 14.5% 5v5. Fortunately, opponents are shooting 13.4%, thanks almost entirely to Carey Price buying time for his teammates to turn things around, and failing that, time for his GM to do something about it.

The greatest problem for the Habs, and Marc Bergevin in particular, is that the team is shooting just 14.1% overall and a paltry 10.4% on the road. To understand what is, or isn't going on, I wanted to break down the Canadiens forwards, to see where the problems are that might possibly explain why the Canadiens are tied with Colorado for 27th fewest road goals per game played.

The breakdown is pretty straight forward; Unblocked 5v5 shot attempts within and beyond 25 feet, at home and on the road, excluding empty net goals. I believe it casts some light on how each forward is performing and where they’re contributing on the ice: 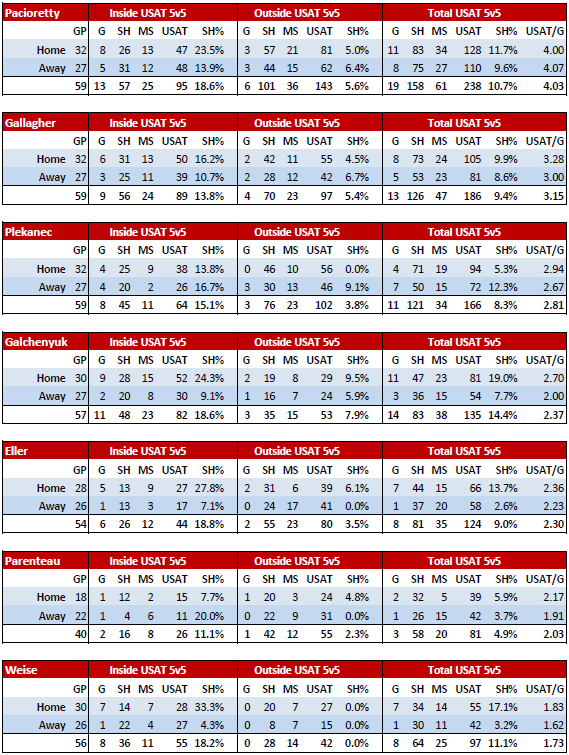 Without doubt, secondary 5v5 road scoring is a huge problem for this team and I believe some of the numbers will surprise/shock some readers. Pay particular attention to Galchenyuk, Eller, Parenteau, Weise, Sekac (now in Anaheim) and Desharnais, and feel free to post your observations in the Comments. 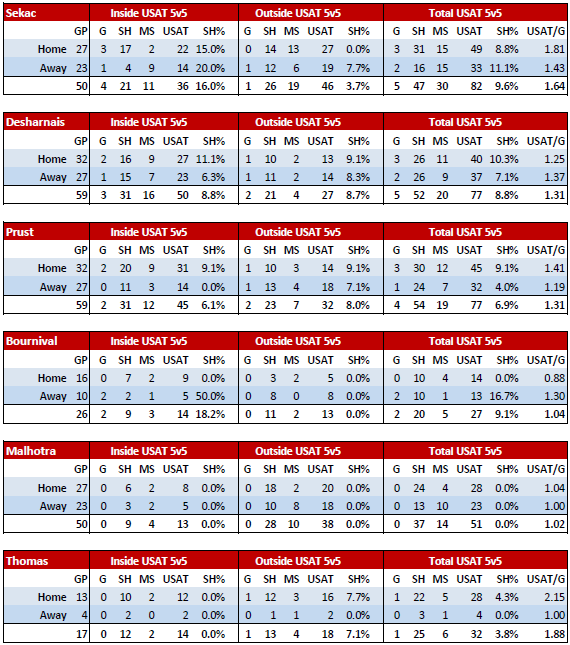