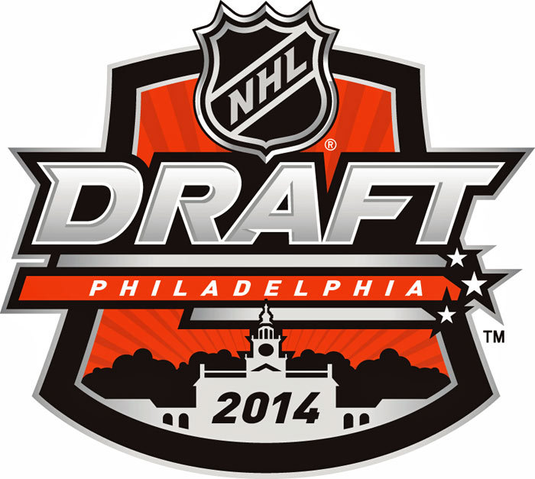 Going into the 2014 NHL Draft in Philadelphia tonight, two organizational areas of weakness for the Montreal Canadiens are Centers and Right Wingers with top 6 potential. Down the middle the Habs only have Connor Crisp, a left-handed shot, who’ll be starting his first full season in Hamilton this fall.

At Right Wing, Montreal has Mike McCarron, Sven Andrighetto and Artturi Lehkonen with top 6 potential. McCarron is the only right-handed shot among them and still 2-3 years away, Andrighetto has shown a lot of promise and Lehkonen plays a lot like Gallagher but it’s very, very difficult to play 3 small forwards in the top 6, assuming Desharnais stays put, let alone 4.

Below are my picks for the first round, with a brief write-up for each prospect the Habs should have particular interest in, should they fall into range:

18. Jakub Vrana - LW/RW, Linkoping (SHL) – 5’11, 185, Shoots Left. Excellent skater with an excellent shot and release. High hockey IQ with the skillset to be a solid second line player, if he can round out his defensive game.

19. Adrian Kempe - LW, Modo (Sweden-SHL) – 6’02, 187, Shoots Left. High hockey IQ and excellent skater. Hard working with a very good defensive game. Only question will be how much offense he can generate to be more than a 3rd line player.

20. David Pastrnak - RW, Sodertalje (Sweden-Allsvenskan) – 6’00, 167, Shoots Right. Strong skater, excellent work ethic with top 6 offensive skills, thanks to a higher gear and excellent lateral mobility. Suffered a concussion and didn’t play well when he returned, that might drop him into the range of Trevor Timmins.

21. Robert Fabbri - C, Guelph Storm (OHL) – 5’10, 166, Shoots Left. Plays with the heart and determination of a Jack Russell Terrier. Excellent faceoff and playmaking skills but needs to bulk up, work of his balance and learn to protect the puck better.  Has the extra gear all smaller players need to succeed.

22. Jared McCann - C, Sault Ste. Marie Greyhounds (OHL) – 6’00, 179, Shoots Left. Solid offensive skills but a suspect defensive game, even though he’s used in all situations. Has the hockey IQ to improve but also needs to bulk up.

23. Nick Schmaltz - C, Green Bay Gamblers (USHL) – 6’00, 170, Shoots Left. Excellent offensive skillset but often makes plays on the perimeter. If he learns to buy in and commit to a stronger work ethic and play more in traffic, could easily play second line minutes. If not, likely a bust.

27. Josh Ho-Sang - C/RW, Windsor Spitfires (OHL) – 5’11, 166, Shoots Right. A coaching nightmare and pain in the ass to a front office. Has a lot to learn about being a professional. If he can grow up and fit into a team structure, has the hands and playmaking ability to be a home run player, or complete bust.