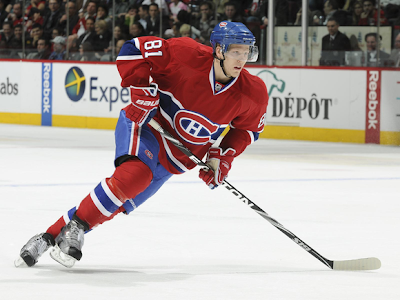 Three-quarters through the Habs 2012-13 season, there’s a lot to like about what they’ve achieved so far. Part of that achievement, which cannot be ignored, is the result of staying remarkably healthy as only 3 teams had less salary cap sidelined due to injury than the Canadiens after 36 games; Minnesota, NY Islanders and Anaheim.

Rene Bourque is close to returning to the lineup while Raphael Diaz has finally begun making progress so we’ll see how the loss of Alexei Emelin affects them in Q4 and throughout the playoffs but his physical presence will be sorely missed. One thing is certain though; we’re about see how good the Habs pro scouts were evaluating and targeting Davis Drewiske for just this sort of scenario.

Since hockey is a game of adjustments, looking at the Habs record per quarter and their league statistical rankings reveals one obvious and pleasing trait: Consistency, both at home and on the road. Michel Therrien and his coaching staff have done a fantastic job adjusting to how the opposition prepares and attempts to execute against them.